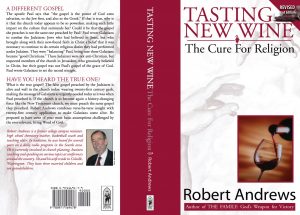 The apostle Paul says that “the gospel is the power of God unto salvation, to the Jew first, and also to the Greek” (Romans 1:16).  If that is true, why does the church today seems to be so powerless, making such little impact on the culture that surrounds her?  Could it be that the gospel she preaches is not the same one preached by Paul? Obviously, if the church is to become again a history-changing force like the New Testament church, she must preach the same gospel.

Paul wrote Galatians to combat the Judaizers, Jews who had believed in Jesus, but who brought along with their new-found faith in Christ a belief that it was necessary to continue to do certain religious duties they had performed under Judaism.  They were “balancing” Paul in the Galatian churches, being sure these Galatians became “good Christians.” These Judaizers were not anti-Christian but respected members of the church in Jerusalem. They had genuinely believed in Christ, but the gospel they understood and preached was not Paul¹s gospel of the “New Wine” of the grace of God.  Paul wrote Galatians to set the record straight.

The false gospel preached by the Judaizers is alive and well in the church today, wearing twenty-first century garb, making the message of Galatians as urgently needed now as it was when Paul preached it. To resemble the New Testament church, we must preach the same gospel as the New Testament Church. Tasting New Wine combines verse-by-verse insight with present-day application to make Galatians come alive.  Be prepared to have some of your most basic assumptions challenged by the fathomless, ever-relevant, living Word of God.