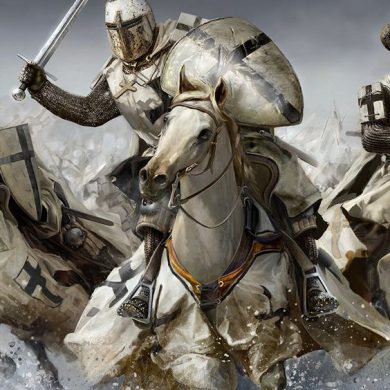 Last week we discussed the first essential prayer that a successful parent prays: “God, open the eyes of my heart so I can know: 1.) what You are really like, and 2.) what I am really like.” This clear heart-understanding is foundational to building a fruitful, functioning, biblical, parent-child relationship.

Some time ago, through a series of circumstances, my married, then-38-year-old-mother-of-four daughter became aware, for the first time, of what she could see had been a long-time perception in her heart—I loved and accepted her two older brothers more than I did her. Therefore, she realized she had grown up unconsciously believing I was not pleased with her, and, even in some ways, I even ignored her, focusing my attentions primarily on her brothers. Furthermore, with this new insight, she recognized that she felt I continued to do so, even now, when they were all married adults.

When she shared this with me, my initial reaction was that this idea was preposterous; I have said many times to all who would listen that the most fun I have ever had in my life was coaching my daughter’s high school basketball team. I have always loved her infectious personality, her sense of humor, her perceptive mind, and I love to be with her. As she has recently commented, “Dad, when you are here I can’t get anything done, because you follow me around the house wanting to talk to me.”

How could she feel I didn’t, and still don’t, love and accept her? Even she admitted that with her head she believed growing up that she, my only daughter, was my favorite child.

As we talked over a period of time, and I asked the Lord to open the eyes of my heart to truth about myself of which I was unaware, I clearly saw the situation for the first time. I have known for several years that I am, by nature, a certified, life-long Pharisee, like the “older brother” in the parable of the prodigal son in Luke 15. I am relatively certain I always do everything right.

As my sons were growing up, they didn’t arrogantly see themselves as always being right as I did, but keeping the law was very important to them. They could have been called “wanna-be Pharisees.” That made them, of course,  delightfully easy to parent.

My daughter, on the other hand, was the classic “younger brother” in the parable, a rebel. Let’s just say that being “good” and keeping the law, thereby making her father look good like her brothers did, were not her top priorities.

I eventually saw clearly that what she felt in her heart and expressed to me was true. On a subconscious level, I was not pleased with her and was disappointed with her because she was neither a Pharisee like me, nor a wanna-be Pharisee like her two brothers. I much preferred my kind of sin rather than her’s, so my sons were the recipients of my unconscious pride and adulation, and I the accolades and kudos of others.

This underscored for me a truth of which I was already fully aware (at least in my head), but had never applied to myself in my relationship with my daughter. Sin in the human heart expresses itself in three ways, each expression equally wicked and deceitful:

1.) What I do and say: immorality, gossip, lying, stealing, etc. – the obvious sins of which we are all aware – the sins of a rebel.

2.) What I consciously think: hatred of others, lustful thoughts, etc. – not as obvious, but, when we are honest, we know these sins are there.

3.) The unconscious thoughts and intents of my heart: of which I am generally completely unaware until the Lord opens my eyes; sins like constant self-seeking, self-promotion, self-exaltation, self-righteousness and self-protection—the prison-house of self. These are the sins of a Pharisee, one who “on the outside looks righteous to others but inside is filled with hypocrisy and lawlessness” (Matthew 23:27).

No. 3 describes me perfectly. On a completely unconscious level, I wanted Ramah to “look good” to others by being a Pharisee (John 5:44), and hence I would “look good” as well, for she was my daughter! Since her performance certainly did not measure up to that of her brothers, there was no glory for me in her performance as evaluated by the “good Christians” with whom I associated.

I saw clearly that my evaluation of sin, unlike that of Jesus, is that the sins of a Pharisee are more acceptable than the sins of a rebel. So, I was unconsciously dissatisfied with my daughter, resulting in trying to change her myself to fit my pharisaical model. I was not satisfied to let God change her in His own time and His own way into the woman He desires her to be, as He is now currently busily and very successfully doing.

My recognition of this unconscious sin of accepting my daughter based on what she did and not on who she was—my daughter—and then my subsequent repentance to her knocked down barriers in our relationship that had existed unbeknownst to either of us for years. We both can sense a new love and freedom between us that is a result of God answering my Essential Parental Prayer #1 –  “God , open the eyes of my heart.”

Next week we will look at Essential Parenting Prayer #2.